I had always marveled at Financial Independence, but I didn’t quite know why. I knew my parents struggled with money, I knew that my grandfather experienced a poor investment experience (concentrated tech stock position in his early 60s), and I thought it would be “cool” to be a millionaire by 40. I was running numbers with a financial calculator in my college finance classes and figured out this is possible with some savings and investment savvy.

We had always been decent savers, but in hindsight I was more of a “financial engineer” than a serious saver. We borrowed a little extra on my wife’s graduate school loans to fund Roth IRAs, we both contributed to get the match on 401ks, and I bought my first house at 22 which we did quite well on with a 97% mortgage and 2004-2007 price appreciation. I “invested” with the hottest fund managers in an expensive traditional brokerage. We also turned around and bought a massive house in 2007, a new truck, we heavily spent on travel (without credit card hacking), and ate plenty of expenses meals out. We still thought we were frugal, but really weren’t. 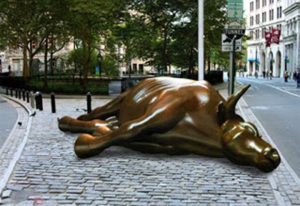 I worked in banking in Atlanta, ground zero for the housing/sub-prime mortgage crisis. My institution was a massive lender to entrepreneurial homebuilders. Atlanta was flat and surrounded by farmland, so you could build in all four directions. I remember the day a Republican Senator from Alabama had just been interviewed on CNBC discussing how it might be time to nationalize the Banks. My job was changing, what would this mean for my career? I invested six years of my life into learning a skill that might send me into governmental employment!

At the same time, I was staring at my 401k balances and they were less than my total contributions. All this company stock I had bought based on my academic “dividend growth model” just got whacked 65% in value (a dividend cut was coming!). The big suburban house we bought was painfully underwater. My wife was getting incredibly frustrated at her job due to the owner (can she meet payroll?), the commute, weekend hours, and being tied to a geographic non-compete. Family members were calling me about the market asking “Is this the end? Should we sell everything?” Another family member was prepping with gold, guns, canned food, and lecturing me on how I should really own a motorcycle and a bunch of five gallon gas cans because “getting out of big city in a car” will be impossible when shit hits the fan. Holy heck what was going on!

I wish I would have known that all these chicken little (or motorcycle) conversation was the sign of the bottom. The world did not end, but we started making some changes. We started spending less, not drastic spending cuts, just spending less. We changed our investment strategy (poorly in hindsight) and focused on reducing our liabilities (damn, VTSAX would have been better than prepaying 2-4% fixed rate loans!)

So did the sky fall?

My wife started job searching. Through a series of fortunate events, she changed jobs to a clinic much closer to the house and obtained a 20% pay raise with better hours. She could come home for lunch each day and even pull off the commute with all right hand turns. The banking crash ended up being a net positive for my job, I worked for an institution that was pretty conservative and solid clients were being kicked out of their institution because their bank needed to raise capital ratios. (Capital Ratio = Equity/Loans. If you can’t go to market and raise equity, you need to shrink loans). This was also the year I surpassed five years in my role and was becoming incrementally productive to the company so and received my first 20%+ base pay raise.

We also discovered travel hacking. Not the credit card signup bonus travel hacking, but the “old school”s style. This version involved going online to the US Mint website, purchasing dollar coins, paying with a credit card and the mint shipping them to you for free. Then I would get a workout by hauling in $8,000 in currency at a time into my bank, paying off the credit card, and repeating. This was awesome until the US Mint started winding down the program, first in 2010 then closing it off in 2011:

I never made it to those infamous numbers of $2.4mil cycled, but around the same time the program was getting restrictions a wonderful operations officer came to me and advised me of the “appearance” of a bank officer depositing $70,000+ in cash would raise some eyebrows and its best I scale that back. We paid for two Hawaii trips from the East Coast courtesy of the mint. I also bought a bunch on a 2% Fidelity Cash Back card, which basically felt like stealing.

Late in 2009, we made our first trip to Hawaii (courtesy of the travel hack). I remember talking to a guy about my age who was working the large party-boat doing video production. He said he had a finance degree, was wearing a suit every day, then came out here and said “what am I doing with my life”, then proceeded to move to Kailuia-Kona and said that money “figures itself out”. That experience and conversation was an interesting way to end 2009, with everything that was going on, somehow life still manages to “figure itself out”. We had our original early retirement goal, make enough money to get here and be comfortable that life will “figure itself out”

I write this looking back (and still not in Hawaii) on the past eight years and there’s a lot to learn from if/when the next downturn happens. Have a good cushion of cash or investments you can access, you never know what once in a lifetime opportunity may come. Don’t be scared the sky is falling, when you start seeing a mainstream news outlet (not CNBC) writing about how this is “the end of investing as we know it” or the government talking about nationalizing an entire industry, its probably the right time to be opportunistic. You should also be prepared to help those who weren’t as prepared. Your local human services non-profit will have higher needs and fewer donors. We shouldn’t ever wish for a recession to happen and there’s a lot of suffering when it does.  However, you should be prepared to tackle it the next time it happens.

Do you have an experience to share form 2009?  What are you doing to prepare for the next downturn?   Please share below