I quickly remember:  That person was me.  That was me 10 years ago.  I am unlikely to be at the office at 8pm grinding on a deal now.   I’ll occasionally work late, but it’ll be at an event with a client or hosting something for employees. 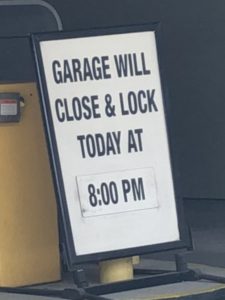 My mind went wondering, what does the 36 year old version of me think about those hours worked in the past?  I’m about to give up the career I know, specifically a role that pays well for the finance skills learned over those long hours.   What do I think about those late hours ten years ago? Would I go back and change them?   Were they a worthwhile investment?*

Early Dollars Saved: The incremental money I was able to save ten years ago through higher bonuses and faster salary accelerations are benefiting me today.  A dollar saved ten years ago is worth more than two dollars earned and saved today.   I sit here earning more money than I ever have in my career, but am forever amazed that 2/3rds of our net worth is from dollars earned before my wife and I turned 32.

Advancement in Current Role: The additional hours worked early in my career allowed me to increase my total compensation in that position three fold.  A job that paid just under $40,000 in 2004 paid just over $120,000 between salary plus bonuses in 2012.  I was incrementally more productive than my peers, which was especially satisfying during a time period where I was the only non-MBA on my floor.

I’ve had many peers of mine and other junior employees who didn’t put in the same hours to learn the job skills.  These folks then lacked the necessary skills to produce at a high level and their salaries capped out.  Many of them needed to change employers every couple years because they barely meet the performance thresholds required by their employer.

I’m a firm believer in Malcom Gladwell’s theory of 10,000 hours to mastery.  If you work a normal schedule of forty hours a week, mastery of a job or skill takes about five years. I worked closer to sixty hours a week, which mathematical mastery would say converts to 3 1/3rd years.

If you wonder why physicians work crazy hours during residency or lawyers spend so much time studying in law school only then to be abused by crazy hours as an associate?  It’s the same concept, required hours for mastery.  Unlike my friends in medicine or law, I was fortunate to be paid while mastering my role and to break into the field with just an undergraduate degree.

Promotion to the Next Level: Those hours worked ultimately helped earn me the next level promotion into leadership. Leadership can be an acquired skill, learned through trial and error.  Employees who have shown a willingness to put in more time to learn a skill often earn the trust of their superiors.   It takes time and effort to figure out a new job, judging if someone is willing to put in that effort is part of the process of selecting people for a promotion.

Pride / Self Sustainability: I grew up in poverty. Not third world poverty, but good ol United States Appalachian style poverty.  This will always be part of who I am.   I worked more hours (and saved a high percentage of income) because I fear poverty.

I knew that money didn’t buy happiness, but not having money brings a shitload of misery and I never wanted that again.  This drove me to put myself through college in three years and immediately accept the first offer I received from a stable company.  There was pride in being able to sustain myself and pride in being the small percentage of that achieved economic mobility. There is still pride today, knowing I no longer have to fear poverty.

Forgive my initial snarky thought. I was you, I commend you, and you have my utmost respect. Now get to your car by 8pm or stash a bike stashed at the office for those late nights!

* I’ve mentioned this in posts before, but in hindsight the only error in all of these additional hours was continuing to work long hours for higher bonuses after I had the 10,000 hours in. I should have taken advantage of the once in a lifetime sale on rental property in the Southeast between 2010 and 2012. That property portfolio would be an annuity of income greater than what the savings can spin off. The underlying fear of being in poverty prevented me from taking on the risk (debt) necessary to buy the rental properties.

One Reply to “The Parking Garage Locks at 8pm”